AMTA-MT Chapter invites you to our Spring 2023 conference in Billings!

This year we are excited to bring James Waslaski as our instructor. James will be teaching 2 courses, Manual Therapy to Eliminate Multiple Nerve Compression Patterns of the Upper & Lower Body. Please watch for more detailed information coming soon. 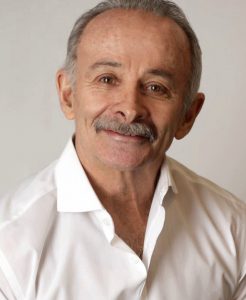 James Waslaski integrates 30 plus years of expertise in Manual Therapy, and Elite Sports Therapy, to enhance the education and patient outcomes for all Manual Therapists. He has pioneered pain-free orthopedic massage, pain management, sports injury, and sports enhancement treatments.
He is a published author and international lecturer, who teaches manual therapy at approximately 45 seminars throughout the world on an annual basis. He is also a certified personal trainer with NASM. James has presented at state, national and international massage conventions, as well as chiropractic conventions, osteopathic conventions, the College of Sports Medicine, the University of South Wales, the Olympic training center in Australia, and the osteopathic and manipulative massage therapy convention in London. His audience consists of Massage Therapists, Physical Therapists, Occupational Therapists, Athletic Trainers, Osteopaths, Chiropractors, Nurses, and Physicians.
James is an NCBTMB board approved educational provider. His textbook Clinical Massage Therapy: A Structural Approach to Pain Management, was published by Pearson Publishing in 2011. He presents at state, national and international chiropractic, osteopathic, athletic training, and massage conventions. James was inducted in 2008 into the Massage Therapy Hall of Fame. He was also nominated and awarded by his peers and colleagues, the designation of teacher of the year in 2012 at The Canadian Massage Conference and in 2015 at the World Massage Festival.
James worked for 20 years as a paramedic and in a trauma center, while teaching emergency medical courses. He studied pre-med in college prior to his massage training in Florida. James served as Professional Relations Chair for Florida and received the 1998 FSMTA outstanding state service award. He also served as AMTA Sports Massage Education Council Chair from 1993-1997 receiving the AMTA National Officer Award. James was the 1999 recipient of the FSMTA International Achievement Award.
He has worked with collegiate, professional and Olympic athletes, including the 1996 Olympic Games and the New York Yankees. He has published articles, books, manuals, and a series of DVDs on sports injuries, chronic pain, and complicated orthopedic conditions.
We are excited to offer you these two newer courses from James. Please save the date, block your schedules and watch for more information coming out soon!
All massage therapists and students are welcome!
Read more
April 2023 Apr 2023
Subscribe